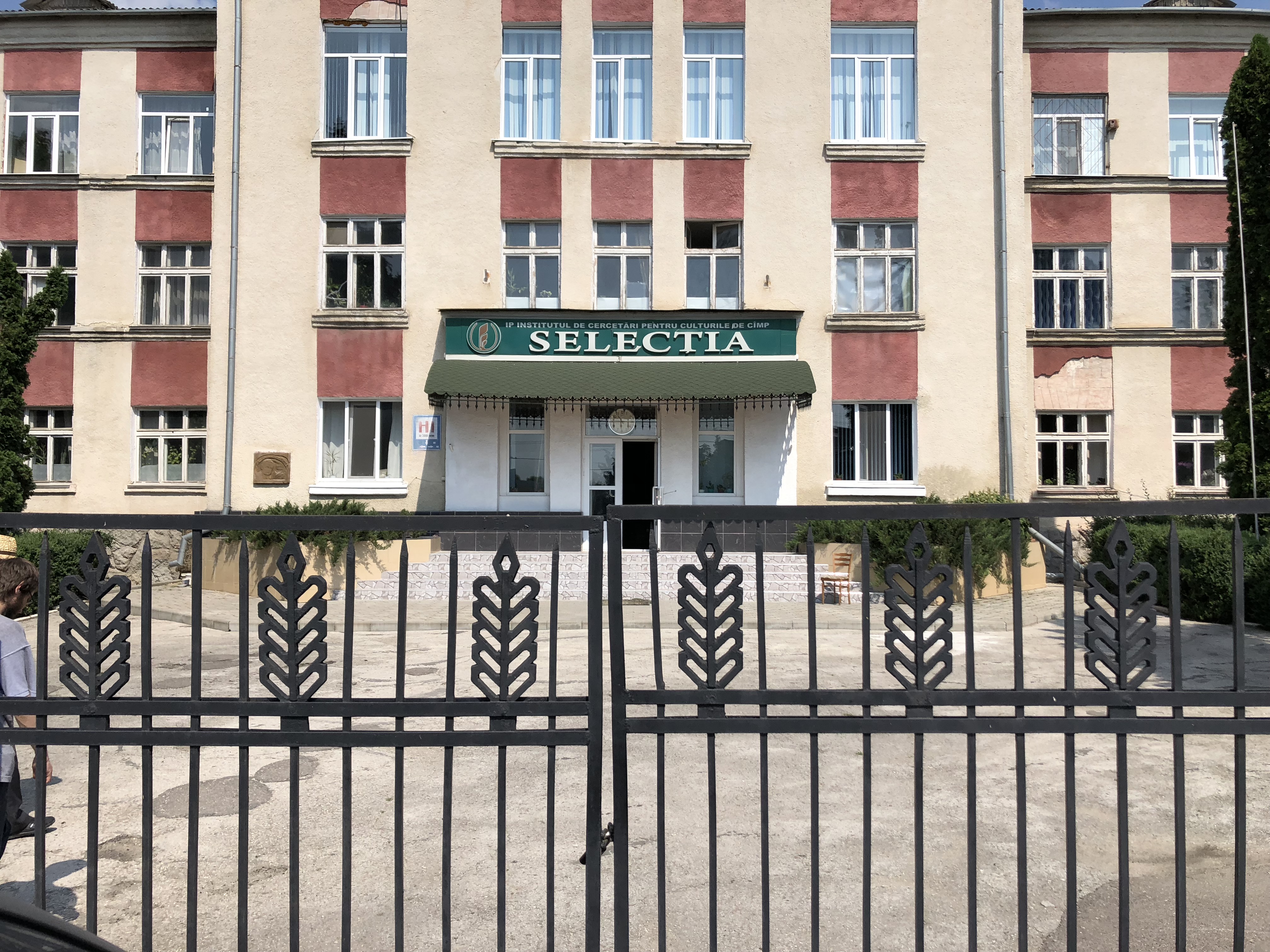 During the days 19th to 21st of June we had our first annual meeting of the INNOMED project, organised by Prof. Boris Boincean and Dr. Marin Cebotari from the Selectia Research Institute of Field Crops. The meeting was hosted by the Alecu Russo Balti State University. There is a close collaboration between the two institutions, since Selectia opened the Chair of Agro-ecology in 2003. This allows researchers from Selectia to be involved in the education activities, and at the same time the university students can conduct research on the experimental fields of Selectia.

During the meeting we had the oportunity to discuss the ongoing activities on the different work packages of the project and plans for future work and collaboration between the partners. We also had the opportunity to visit the experimental fields of Selectia and learn about their activities and scientific results.

The research institute Selectia was founded in 1944, and is one of the partners of the project INNOMED. Research is done in three main topics: i) plant breeding for a large variety of crops (winter wheat, winter barley, spring barley, sugar beet, sunflower, peas, soy beans, dry beans, alfalfa); ii) seed multiplication for high-biological categories of seed; iii) working out technologies of growing field crops in the frame of sustainable farming systems.

Agriculture and water use in Moldova

Agriculture in Moldova is mainly done in rainfed conditions, and the area under irrigation is very limited. There are prospects, however, to increase the irrigated area, especially considering a frame of climate change. Water for irrigation is mainly taking from the rivers Prut and Dniester, and also from the groundwater. One of the dangers of using water for irrigation from the groundwater and from surface ponds is that some of them have high salinity levels (0.7 to 1 g/l). Irrigation is especially interesting for high-value crops such as vegetables, orchards, grapes, etcetera. More information on water resources availability and use in Moldova can be found on ClimateChangePost.org.

The territory of Moldova is mostly comprised of Chernozem soils (up to 80% of the territory). Chernozem soils have been described by Vasily V. Docuceaev in his book Russian Chernozem from 1893. When he visited Besarabia (the former name of the Republic of Moldova) he took soil monoliths showing the soil profile of Chernozems, and these were exhibited at the world exhibitions in Paris and Chicago, and were named ‘the King of soils’ all over the World. Chernozems have unique characteristics, as they are very rich in soil organic matter up to 1.2 meters deep. This gives Chernozems very good structure, fertility and water retention capacities that provide high yields as well as valuable social and ecosystem services. Chernozems, however, have lost fertility during the last 100 years due to mismanagement. The stocks of soil organic matter have decreased almost by 50%, especially the most valuable part that is the labile fraction.

The long-term experiment on irrigation includes six years in the crop rotation: alfalfa (3 years), winter wheat, sugar beet and corn for grain. This is considered an ideal crop rotation system for Moldavian conditions under irrigation. For each crop there are three backgrounds: without fertilization (control), fertilization with composted manure, and fertilization with composted manure plus mineral (NPK). On top of that there are two irrigation schemes. The water is pumped at a semi-artesian well from a depth of 117 m. The experiment has four replicates, which makes 3 fertilization x 2 irrigation x 4 replicates = 24 plots per each field. The average size of the fields is 3 has, and the experimental plots are between 100–400 sq. m. The harvested area from each plot is between 50–100 sq. m.

During the long-term experiment data has been collected on yields and soil fertility properties, as well as the climatic conditions for each crop season. Within the INNOMED project these data will be analysed and published, with a double focus on the effects of irrigation and fertilization under different climatic conditions (average, wet and dry years) on crop yields and water use efficiency, and also on soil fertility. The potential for carbon sequestration of Chernozem soils is very high, and it will also be evaluated in the frame of different irrigation and fertilization systems within the project.

We also had an opportunity to visit the breeding programs on winter wheat and winter barley, with the collaboration of Dr. Maria Chisca from Selectia (barley) and postgraduate student Karoline Krutz from Munich Polytechnical University  (winter wheat). 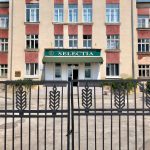 The Selectia Research Institute for Field Crops in Balti, Moldova 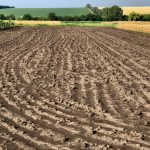 Chernozem soils in the Balti steppe 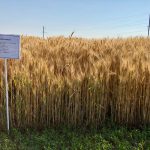 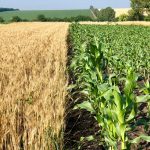 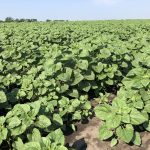 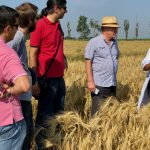 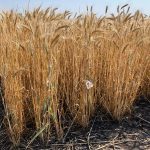 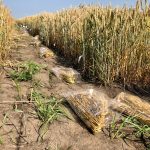 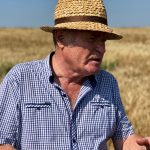 Explanations by Dr. Boincean about the results of long-term experiments on Chernozem soils 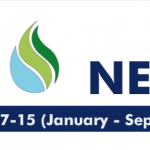 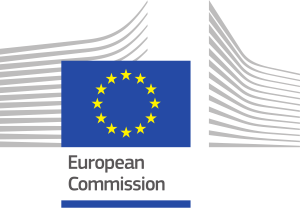